Why The Admin Job Search Is Won In Advance If you want to land the next-level leadership role you're aspiring to, the moment of victory is now.

Not when you get the call.

Not when you walk into the interview.

Not when you submit your application.

Because most people don't prepare. Most people “wing it” and hope for the best.

And here's the weird thing: sometimes “winging it” works—but only sometimes. Here's why people sometimes succeed by winging it—and why you shouldn't take the chance.

Path #1: Being The Chosen One

If you're the chosen one, being prepared for the hiring process far in advance is less important. It still matters, but a last-minute application can still get the job done—if you're the preferred internal candidate.

See, most districts attempt to develop a “leadership pipeline” of both internal and external candidates who will be ready to fill any positions that become vacant.

A school never wants to have slim pickings when they need to fill a leadership position—and ideally, they want to have a hand-picked candidate who's ready to step into the role.

For example, I had a colleague who'd been in the same school for more than a decade when a junior leadership position became open. She'd been highly successful in several positions in the school over the years, and had taken on a variety of teacher-leadership roles, so she was the natural choice for this junior admin position.

Then, a few years later, when the school's principal moved on, she was ready to step into the principalship. There was really no contest—she was the perfect person for the job, and virtually nothing could have changed the outcome of the hiring process, because it was years in the making.

The normal screening and interview process was conducted, and other candidates were considered, but it was all but inevitable that she'd get the job—and she did.

What a lot of people don't realize is that this is a good thing—it's the best possible solution to an information problem.

Job-seekers often complain of “politics” and of “who you know counting more than what you know,” but consider the school's perspective for a moment.

When schools hire leaders, they want the best—but determining who is “the best” is no easy task.

If you're considering outside candidates you've never heard of, you only know what you learn from the

Candidates can over-sell themselves in the application and interview process, and even references can be unreliable—if, say, they're trying to get you to take someone off their hands.

On the other hand, if you're considering an internal candidate you've known for years, you probably have more than enough information before even looking at their application or conducting an interview. You'll know when you're hearing unjustified boasting, and you'll know when you're hearing the truth—even if the résumé, cover letter, and interview aren't particularly strong.

It's essential to understand this information problem from the hiring team's perspective before shifting back to your perspective as a candidate.

While being an external candidate gives you a steeper hill to climb, because you have such a limited opportunity to provide information about yourself to the hiring team, it also gives you more control over how you're seen.

Path #2: Standing Out in the Crowd 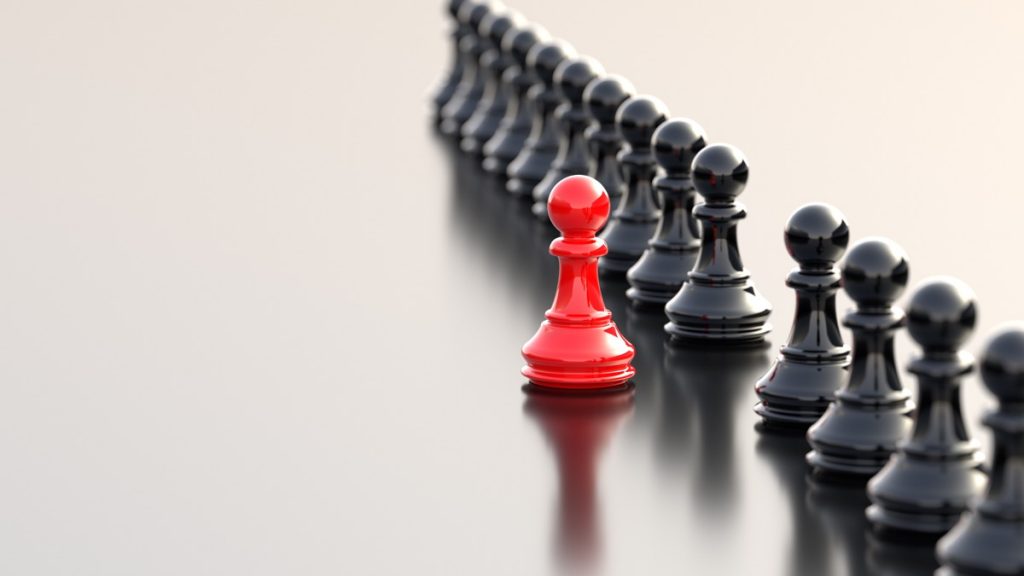 When you're an internal candidate, you're well-known, warts and all. The hiring team may have seen your strengths firsthand…but they've also seen your failures, your mistakes, and your inconsistency.

When you're an external candidate, you exist to the hiring team only as the set of information you provide in your application and interview (and if you make it to the final stages of the process, your references may also be called for their perspective on your qualifications).

Your challenge is to stand out in the crowd, but this is actually a much easier challenge to win.

It may be frustrating to have your qualifications—your entire life and career—reduced to two sheets of paper.

You know you're more than the bullet points you've typed out in Microsoft Word.

You know you're more than that one awkward answer you'll give in an interview.

But with this reductionism comes a tremendous gift: simplicity.

All you have to do to stand out—even above internal candidates—is simply focus on perfecting your résumé and cover letter.

Your application is all that's considered initially, so that's the arena in which you compete and win. You don't have to have the most experience or the most prestigious degree—you just need the best résumé. (Here's a format you can follow for crafting a strong résumé.)

And when you land an interview, hit a home run with the interview team.

Is it easy to win at each stage of the hiring process? No. It's hard work, and the competition can be stiff.

But here's what you must understand: you have the opportunity to change your odds.

Right now, you can't control the basic facts of your résumé—your years of experience, the jobs you've held, and so on. They're facts, fixed in place by reality.

You also can't control the competition—sometimes you'll be up against people with more experience and stronger training.

But you can still beat the competition by giving the hiring team the information they need to make the decision that you are their best candidate.

What breaks my heart is that so many people believe they have no chance until the facts change—until they have more experience and no competition.

In other words, they believe they have no chance, ever, because there's always someone “better” out there.

So they don't even really try to win the admin job search. They apply for just one or two jobs a year, getting their hopes up briefly, only to be disappointed yet again.

And the years tick by, with nothing other than the dates on the résumé changing. “2007–Present” comes to be eleven years, then twelve, then thirteen.

This is a tragedy, because I promise you no hiring team has ever said “Well, we have these two candidates who are pretty similar, but one has eleven years of experience, but the other has twelve. Let's interview the twelve-year person.”

No—it comes down to the quality of the résumé, not just the facts on it. How you put your résumé together to make it clear why you're worth interviewing is something you can control to dramatically increase your odds.

You can download the full Résumé Blueprint PDF free of charge here.

Whether you ultimately prevail in the ed leadership job search depends on the work you do now—whether you put in the effort to get through each “gate” in the process.

The first gate is application screening—to land in the “yes” pile and score an interview, your application materials must be top-notch.

Put in the work now to make your résumé and cover letter stand out, so you make it to the next gate—the interview process.

Then, start practicing for interviews—don't wait until you have one on the calendar. Download 52 sample interview questions for school admin jobs here.

When jobs are posted, you'll be ready—ready to submit a stellar application, and ready to ace your interview.